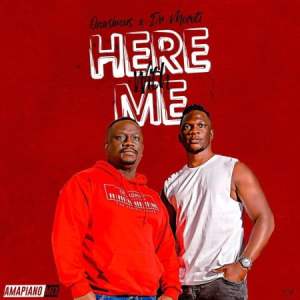 One With Me is the new flagship single by music artiste-writer Onesimus . He collaborated with record producer Dr Moruti to release the single in two packs. Dr Moruti is featured in the Amapiano version. The song Here With Me also comes in Afro Electro (Afro House) version .

Before the release of the single, Onesimus got different art designs from 58 designers from which he selected two. 200 of his fans also voted for which of the artwork they prefer. The song has also been promoted with a challenge where you stand the chance to win ZAR2000. Listen to the new single below and share.