An Instagram user has narrated how a police officer from Tolu post in
Mokoya around Ajegunle area of Lagos, allegedly left a lady with a
horrific injury.

According to Lucee Ogechi Akaedu, the policemen had attempted to arrest a young man who they accused of being an internet fraudster and
tried pushing him into their vehicle.

However after a pregnant lady brought out her phone and started recording the incident, they allegedly attempted to assault her but was
stopped by a lady who pointed out that the lady filming the incident was
pregnant.

Akaedu said one of the policemen turned and punched the lady who tried stopping them several times, leaving her with horrific injuries.
It was further learnt that disciplinary action is currently being taken
against the policemen.

"
So I got a report from one of my models (an alumni of Face Of Ajegunle 2015) on Saturday 6th of June, around 10pm asking me to help
her repost her status and help her get justice for her mum.
I wasn’t able to check immediately because I was so busy with my other businesses online!

The next day I remembered someone sent me a message to check something
and immediately I went to her WhatsApp status to see a picture of her
mum in a pull of blood, and with wounds all over her face and I quickly
sent her a reply to know what really happened and it turned out that she
was brutalized by policemen from Tolu post in Mokoya around Ajegunle.
I was keen to know exactly what transpired and she sent me a voice note of the incident. Some people were having a party around that area
on that faithful Saturday, police people were alerted and when they came
to the scene of the party, instead of them to focus on those breaking
the law by having a party this period, they started harassing both
passerby.
It all started when they stopped a footballer driving in his car and were forcing him to come down from his car so they can arrest him and
were already labeling him a yahoo boy! When he refused and was arguing
with them, one of the policemen hit him with a gun on his head and they
started to rough handle him, while on that, the woman who owns the shop
where my model’s mum was making her nails started to record the scene
and one of the policemen rushed to collect the phone from her and
started to beat her up, pushed her to the mud even when they clearly saw
that she was pregnant, so my model’s mum on seeing what they were doing
to her friend started shouting and saying that they should leave the
pregnant woman alone o, that can’t they see that she is pregnant and the
policeman turned to her and gave her a blow on her mouth, punched her
several times to a point she couldn’t recognize herself anymore!

I immediately sent the report to our national youth council chairman,
Ajif chapter and also sent to Community Watch Plus group on WhatsApp to
seek justice and then i got a lot of people working their ass out to
help us get justice, the DPO of that division was alerted and
immediately added to the community watch plus WhatsApp group, I narrated
the story by sending the voice note and pictures of the incident again
and he assured us that they have already started querying the men in
question.
At the other end, the youth chairman had already gone to the station himself on that Sunday immediately when I reported and also met with the
DPO and they also assured us that they are taking care of the matter.
He even went as far as visiting the family of the woman they brutalized
and told me that they are making sure justice is served and they want
peace to reign.
But most people in the group where I posted didn’t want it to just lay low like that because if proper justice and lessons isn’t served, we
might encounter such happenings again in future.
To cut the long story short.
I got a call this morning from the youth chairman that I should make my way down to Area Command in Apapa by 10am, as that’s where the
disciplinary action of those policemen will take place, that even though
they tried settling the issue within the Tolu post division but the
matter has gone out of hand because a lot of people contacted the IG and
because I was the one who first alerted them, that I should come
witness what the disciplinary actions on those guys will be.

I will be back to give us further details of what punishments was given to the policemen.
" 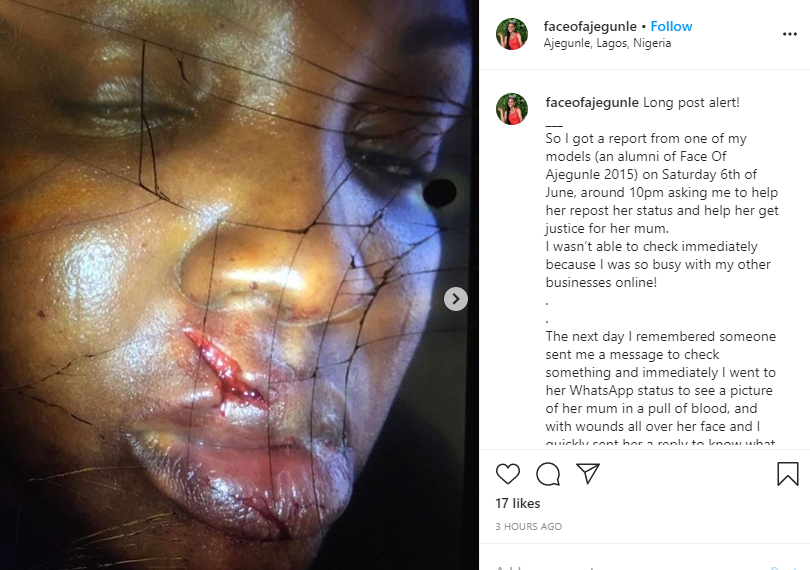 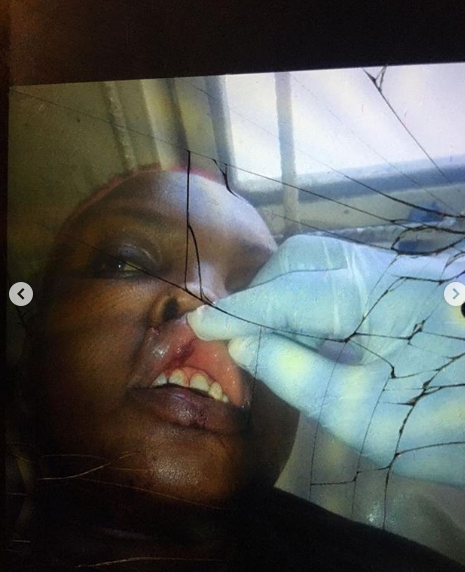 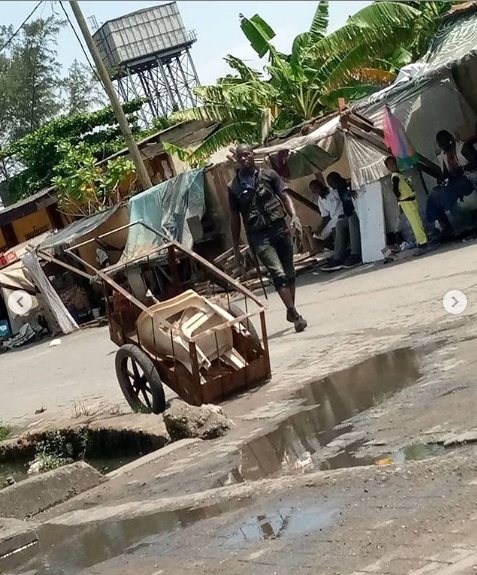 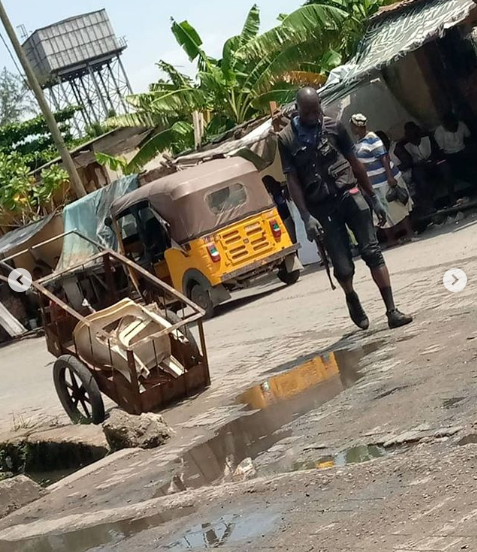