Despite keeping it secret, the dots were quite easy to connect that Nandi Mbatha and Naak MusiQ are in a romantic relationship.

The actress shared a photo of herself with a man whose face wasn’t clear in the photo and further muted her comments.
Thanks to the tattoo on the man’s leg, which turned out to be identical with Naak Musiq’s tattoo.

The man’s outfit was also the same with the one on Naak’s body.

However, the two are yet to publicly confirm their relationship. 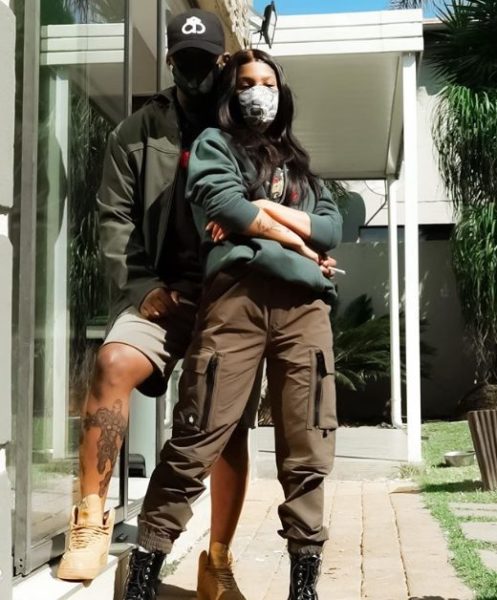 Meanwhile, it’s no more news that Nandi split with Tellaman, but early this year, it was revealed that the junior creative director of Quiteria Atelier, Mpho Motsi and the model were romantically involved.