Big Brother Naija fans have been speculating about a reunion of the season 4 housemates and there has been so much tension and drama behind the scenes even though the said reunion hasn't aired yet.

It began with Tacha releasing a video to defend her friend and former housemate, Khafi. She addressed the people who call Khafi names such as "gossip" and "two-faced", and questioned if they are saints.

She didn't mention any names but it appears Mercy and Venita saw it as a sub and they reacted with a video of their own.

In an Instagram video released shortly after Tacha's, Mercy and Venita are seen clearly mocking someone though they didn't mention names.

Fans of Mercy and Tacha took to Twitter to react to this video. Some took sides with Tacha and called out Mercy and Venta for calling Khafi a gossip, others asked why Tacha didn't maintain the same energy when Khafi made a post that they believe was directed at Mercy. 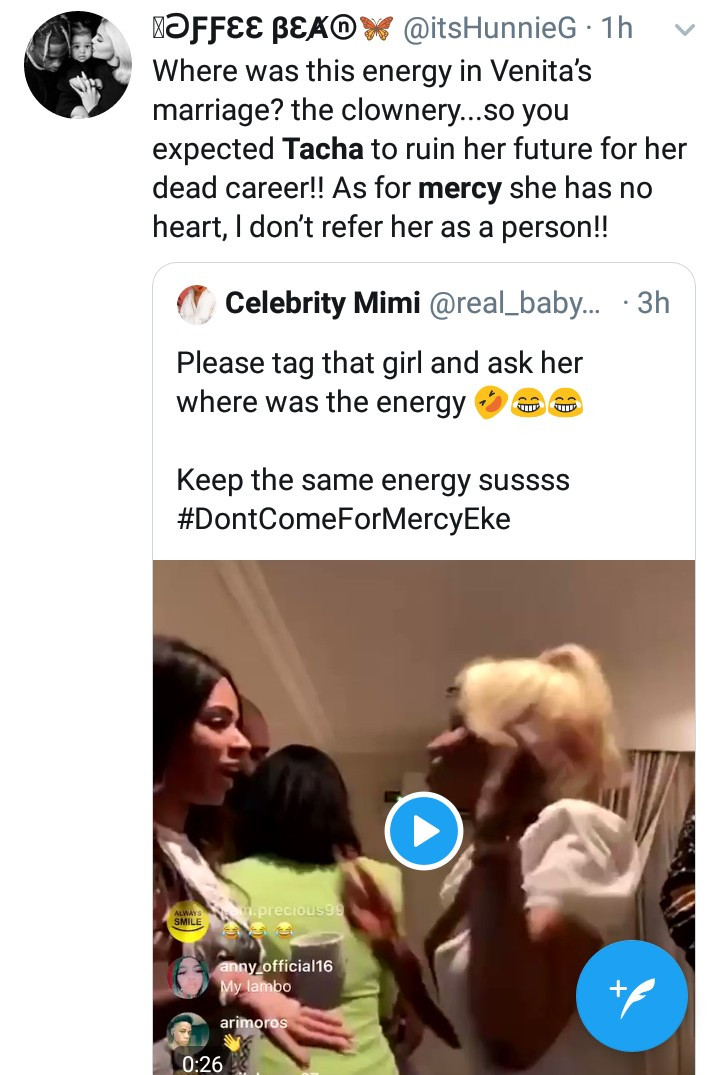 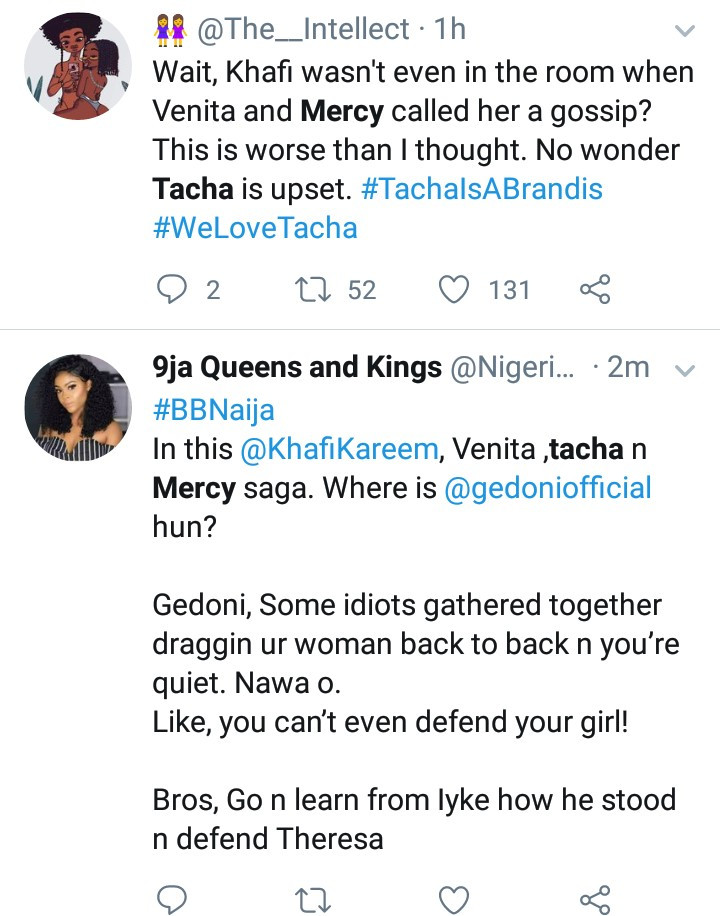 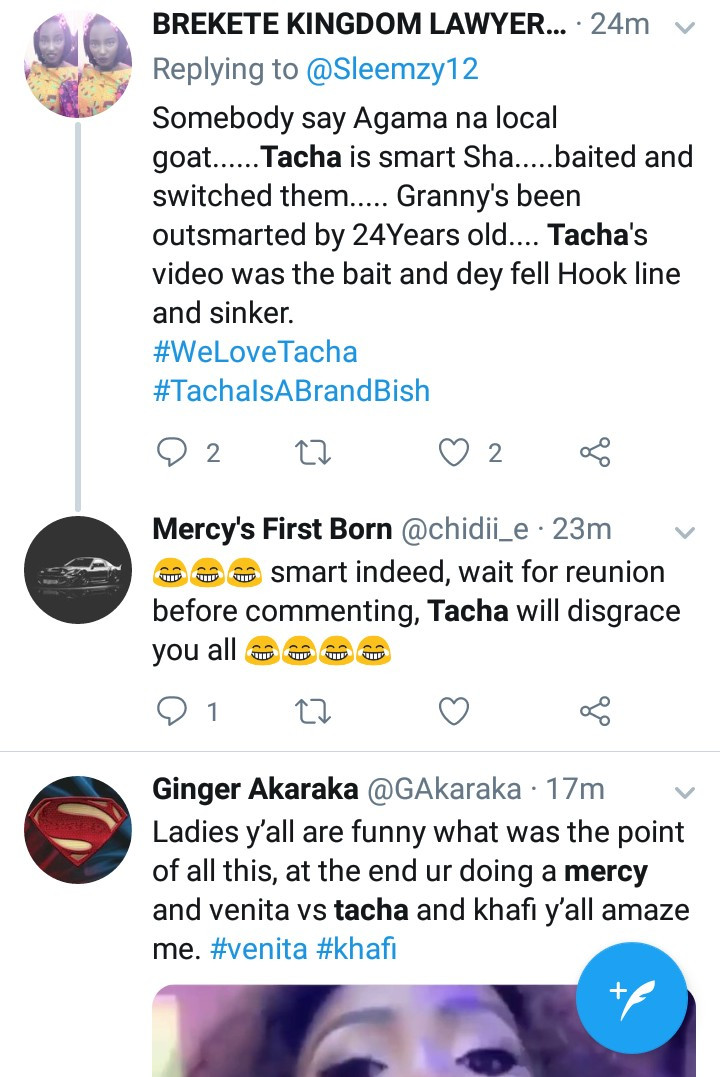 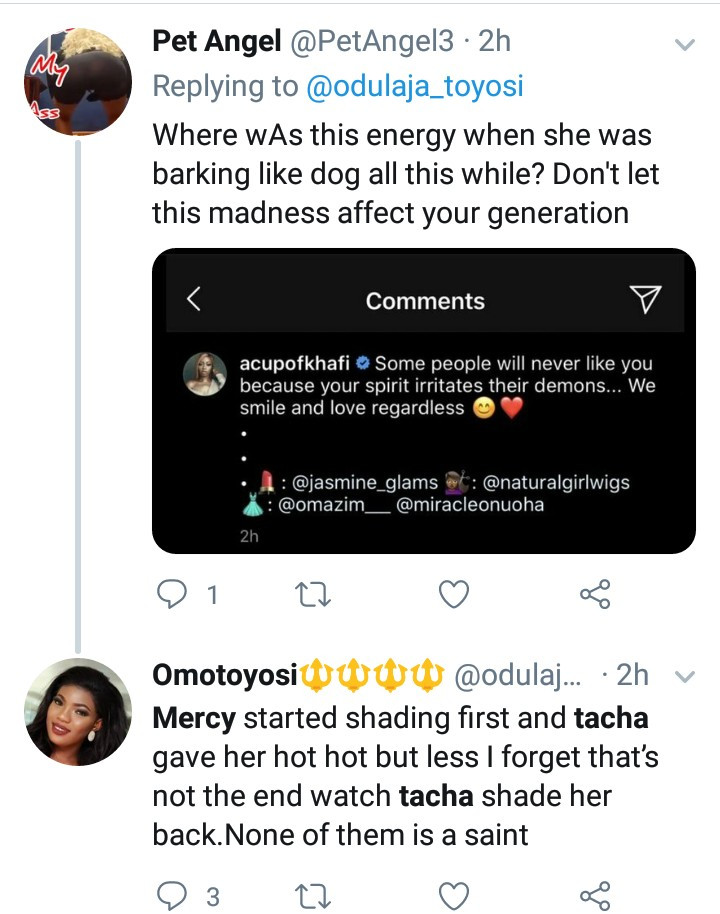 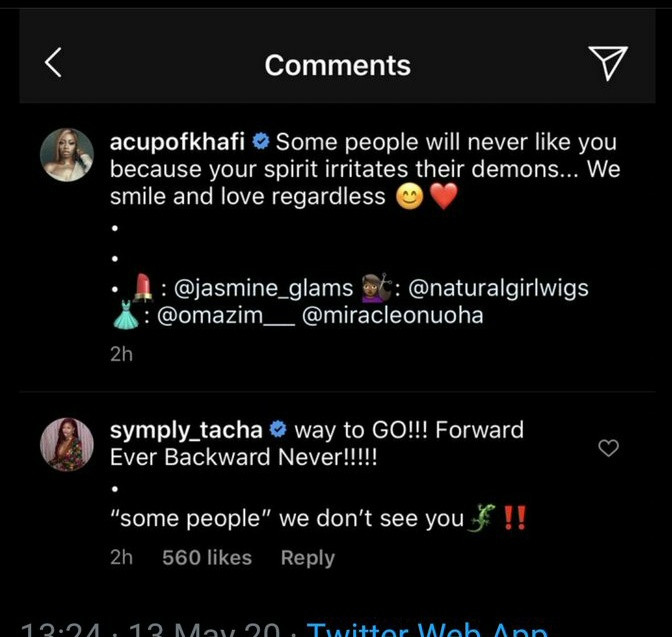 Below is a video of Tacha defending Khafi and Mercy's response.